Cat results for admission into the top most management colleges in india…..
Common Admission Test-2012 popularly known as CAT which was held in OCT-NOV of 2012. Those examination results will able to release tomorrow i.e., 9th Jan 2012 from 3am. Every year the Cat will conducted in the month of October and November as a window i.e., you can able to put your examination date in any of the date in oct-nov. 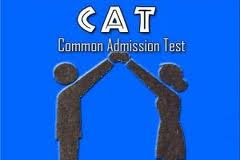 This time cat 2012 was conducted by the IIM of Kozhikode in as many as 36 cities in india. At that time the used to release the result in the month of January, but the date was not confirmed yet. That result date was announced earlier as 9th jan 2013.
The cat 2012 results will be released in the official website of the IIM as CATIIM.in.  There will be a problem with this website as it will be slowed down proportional to the visitors who are visiting their site. So the participants can able to look in a manner that not to frustrate and be patient while visiting their result.