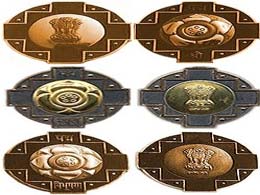 PADMA SHRI:
This is the award given to the citizens of india who contributed their activities in various fields like Arts, Education, Industry, Literature, Science, Sports, Medicine, Social service and Public Affairs. These are also given to the people who do their great efforts for the india.
PADMA BHUSHAN:
This award was established by our Indian president in 1954. This award will be given to the higher grade people to recognize the distinguish services in their respective fields. 1111 has been awarded till 2011. The padma bhushan awards list for 2013 are below.
PADMA VIBHUSHAN:
The padma vibhushan award was established by the president decree in 1954. It was established by the first class of three classes. But now that structure was totally changed and there is no records for those classes which was as in the original one. The persons who got these awards are as follows.